All foods require energy to be metabolized, or broken down, by the body.  This process is called thermogenesis.  However, according to a research study by the Center for Medical Weight Loss, there are some foods that have a particular “thermogenic” effect.  In fact, these foods can actually raise your metabolism for a period of time which helps burn fat around your tummy, belly, or stomach. Two of such fat burning foods which can be easily incorporated into your daily diet are chili peppers and green tea. 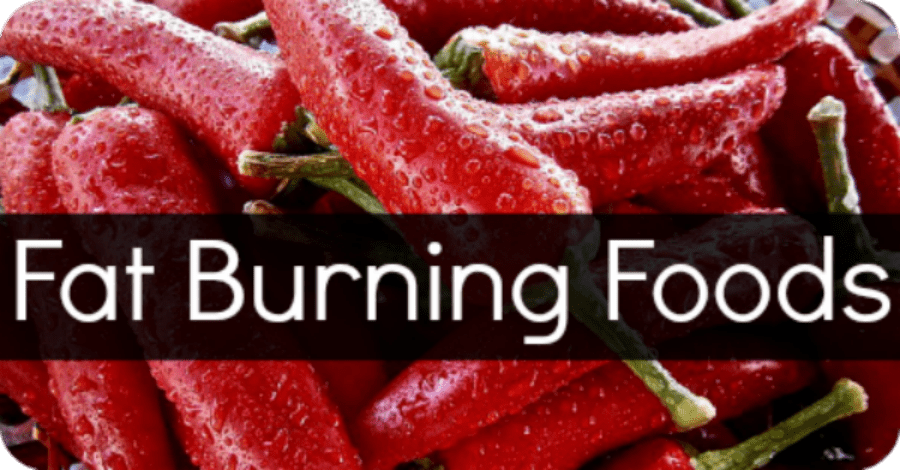 Chili peppers’ ability to burn calories comes from capsaicin.  Capsaicin is a chemical in these peppers which gives them its hot flavor. Studies have shown that this chemical can also help burn calories. When it is taken in amounts that are “tolerable,” capsaicin actually burns about 20 extra calories per day.

Additionally, one study has indicated that capsinoids, other chemicals in peppers that lack the “heat” of capsaicin, might also have a thermogenic effect. It was demonstrated that following a month of consistent intake of a capsinoid called dihydrocapsiate, there was an increase in one’s resting metabolic rate by approximately 50 calories per day on average.

Similarly, a 2010 Japanese study has indicated that piperine, the “pungent” chemical in black pepper can decrease the accumulation of body fat in lab mice.

Green tea’s thermogenic effect comes from the chemical epigallocatechin-3 gallate, or EGCG.  EGCG increases one’s resting metabolic rate. Yet, according to the Center for Medical Weight Loss, three to four cups of tea a day are needed to get an 80-calorie increase in metabolism over a one day period.

Coffee also raises metabolism to a degree, according to nutritionist Leslie Bonci, but this effect is minor and is eliminated when other calorie-rich items are added to coffee.

Besides the two above, there are other fat burning foods which can be part of your daily weight loss plan as they contain protein or other nutritional elements that make you feel fuller longer and therefore, not hungry or craving to eat less healthier foods.

The above fat burning foods can either increase your resting metabolism or make you feel full longer, helping you to eat less in order to lose weight.

All the foods mentioned above can be especially good for anyone on a weight loss diet.