The Importance of Recognizing Bipolar Symptoms

Bipolar disorder, also known as manic-depressive syndrome has a serious impact on the life of the sufferer as well as those closest to them. The person suffering can need intense attention from their family, psychiatrist, physicians, close friends, and supportive networks.

If you know someone who is suffering from a bipolar disease then you already know the effects in their daily lives. However, it does not necessarily mean that a person has bipolar disorder if they sometimes become down or depressed. 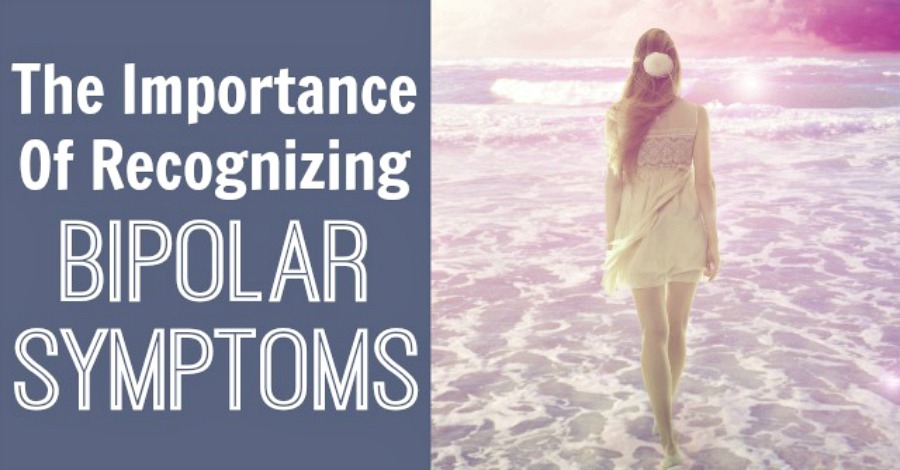 With bipolar disorder, mood swings have a tendency to alter from an extremely high to an extremely low status over the course of time. This mood swings can be very hard to recognize. Coping with such condition is also difficult since the patient is often also affected physically.

There are approximately 2 million Americans who are diagnosed with bipolar disorder but the problem is that most of them are unaware that such condition is present due to the cycling nature of the disease.

In most cases, the symptoms manifest during adolescence or early adulthood. Fortunately, this brain disorder can be managed with the appropriate care and awareness. In order to do so, recognizing different symptoms is critical to successful treatment.

Remember that in caring for someone with bipolar disorder, the worst case scenario should be accounted for. These persistent highs and lows of moods in many patients could mean committing suicide in the end. They see this as a realistic way to escape. And before we go into this article, keep in mind that calling 911 or taking the patient to emergency care can save their life! Do not ever worry that it could be nothing or about wasting the time of professionals in this case. What matters most is that you have avoided any worst consequences.

Bipolar disorder can effect the patient throughout his or her life. Lifetime treatment is achievable through building and maintaining a strong support group.

The first step for achieving successful results in the future is to learn some basic tips on how to spot symptoms of a bipolar disorder.

Recognizing the Symptoms of Bipolar Disorder

*How to Recognize the Symptoms of Bipolar Disorder: 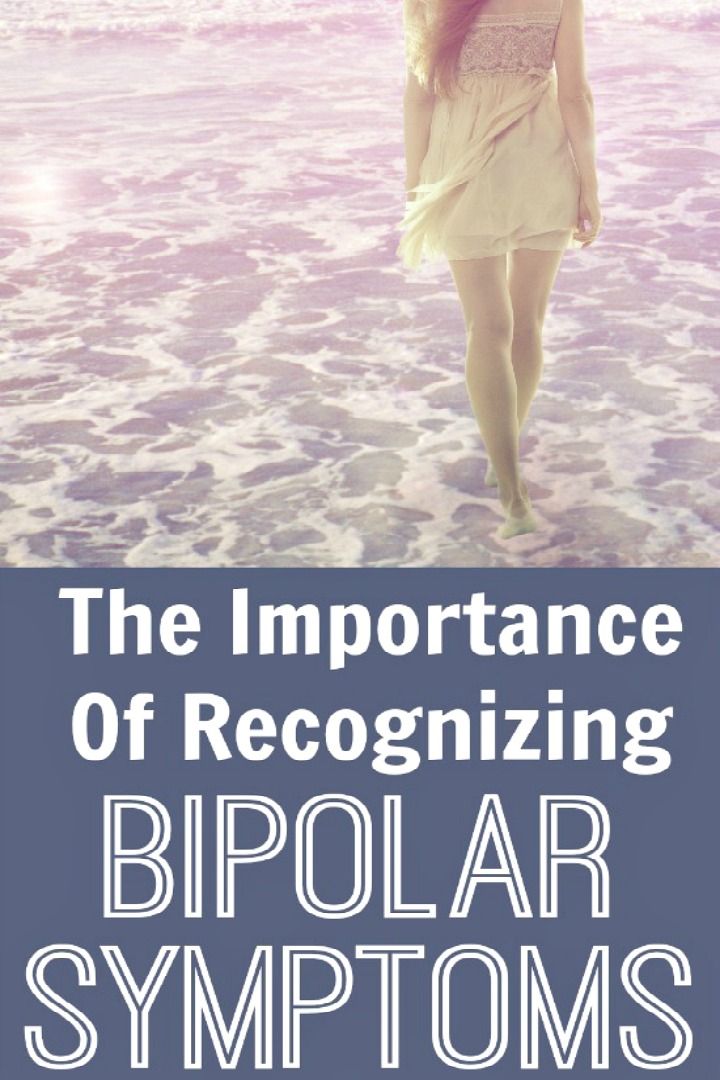 1. It is very easy to determine manic episodes.

The most distinguishing factor is euphoric mood and increased level of energy. These characteristics are easily noticed and very evident. It is also obvious when a person first manifested a depressed mood for a longer period of time before the mania.

Other signs include spending sprees, loss of concentration, and increased drive for sex. The problem is that the caretaker is often relieved in some ways when a manic episode comes on because the energy can become “happier,” but it is still important to recognize this as part of the cycle.

2. Spotting depression can be easy but can sometimes be misinterpreted as just a bad day.

An anxious or a sad mood over an extended duration of time is a very obvious sign of a depressed person. This is the first characteristic you must look for.

Another is lack of interest on the things which was once enjoyed by the person, including sex fluctuations or hobbies.

These are also easier to recognize when the person has delusions and hallucinations.

However, the sufferer may not be aware of it.

4. To spot a mixed state of a bipolar disorder, know that the sufferer is simultaneously experiencing both depression and mania.

This is very possible in the case of bipolar disorder. It can include sleep deficiency, agitation, and appetite changes.

The patient having this presentation of bipolar disorder can become very depressed, yet he or she still possesses a very high energy level. If this is the case, another disorder to look into is Emotional Dysregulation Disorder.

5. The symptom that is considered to be the most horrifying is suicide and morbid thoughts.

Most people ignore this on a subconscious level in the hopes that it will just soon vanish. Suspecting a patient who has morbid thoughts and who contemplates suicide must be acted upon immediately. Call 911 to prevent any worse consequences from happening.

*The Need for Proper Diagnosis

Keep in mind that recognizing these symptoms correctly is important to reveal the real nature of a bipolar disease. Improper diagnosis can lead to prolong or lifetime suffering. Bipolar patients often seek advice from professionals when depression attacks them without disclosing their manic behaviors on the other end of things.  The impact is that they often do not get an accurate diagnosis and abandon medications as well during manic episodes. The patient often links their manic episodes with normalcy or happiness.

As we learn more about bipolar disorder, more people are understanding it better and learning to spot the symptoms. Never forget the debilitating nature of a bipolar disorder and the treatment available to help these people lead productive and healthy lives.