Unusual Phobias and Their Meanings

Claustrophobia and arachnophobia are common, understandable fears among people. For example, claustrophobic people dislike being in elevators or other small spaces due to the sense of feeling constrained; while spiders, or arachnids, which are the object of fear for those with arachnophobia is also understandable as many people dislike bugs, in general. However, fears may take many forms and can be quiet unusual like phobias related to nature or because of other people. Below is a list of the weirdest phobias ever. 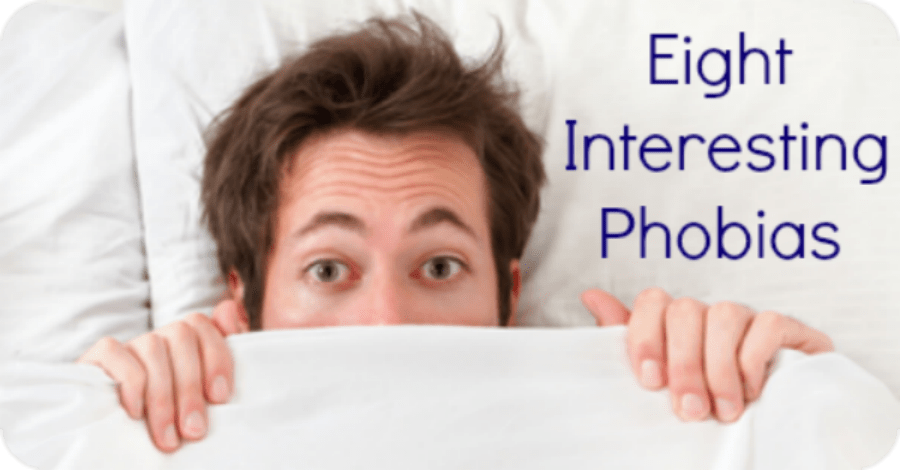 8 of the World’s Most Interesting Phobias

Agoraphobia is the fear of the outdoors. People with this disorder may tend to stay inside a lot.

Anemophobia, also called ancraophobia, is the fear of wind. This fear may be due to a negative association that one has with wind, like living through a dangerous or damaging storm.

Limnophobia is a fear of lakes. This phobia may be due to a fear of water or the inability to swim. Also, over-explaining to a child the potentially bad things that can happen while being in a lake may lead that child to have Limnophobia.

Hylophobia is a fear of the forest. This may stem from a bad experience in a wooded area like being lost in a forest.

Fear of bees, or apiphobia, also called melissophobia, is an understandable fear and also quite common as some people are fatally allergic to bees, and therefore avoiding a bee sting is incredibly important for them.

A person with chronomentrophobia has a fear of clocks. This fear may actually be linked to a fear of death, or some sign that time has stopped for them.

Seplophobia is the fear of decaying matter. This fear may manifest itself in a person having difficulties being around dated food or food close to being past its expiration date.

Cibophobia is a fear of food. This fear may be linked to having a very bad food allergy or a fear of being overweight, and can itself lead to serious health problems. This is not to be confused with eating disorders such as anorexia and bulimia, although this phobia can often accompany both anorexia and bulimia.

Alliumphobia is a fear of garlic and may be linked to a dislike of some of the qualities of garlic, like its strong smell.

Anthropophobia is a fear of people, characterized by trying to avoid social situations or interactions.

*How these fears manifest themselves and how to deal with them

Often these fears manifest themselves through panic attacks and trembling as well as avoidance of the things, situations, or persons that may trigger the fear.

Ways to overcome fears may include seeing a counselor or focusing on something other than what you are afraid of when in a fearful situation. For instance, for those with a fear of the woods, you may focus on things in the forest like animal prints and broken tree branches.

For those with an anthropophobia, a part of your therapy may be having a very gradual introduction to situations in which you are around people, so that you can eventually get over your fear.