Why Use a Squatty Potty?

The conveniences of the modern world have made countless activities far easier than they once were. Just a decade ago, the iPhone wasn’t even invented. Today, nearly everyone has a smartphone. These modern devices allow us to communicate with other people, check our emails, and browse the internet.

While technology is constantly growing, not everything in the future will be better. In fact, some creations such as the modern toilet are actually bad for us. 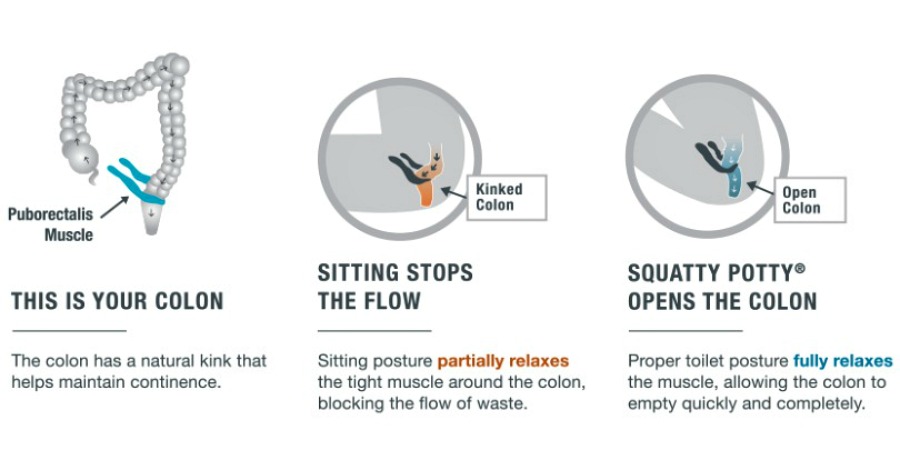 How Does Squatty Potty Work?

Several scientific studies have proven that our ancestors’ way of squatting during fecal elimination was healthier and better for the human body.

Believe it or not, our bodies were made to squat down during a bowel movement. Using a modern toilet can cause our colons to compress. Fecal matter can get stuck along the ridges of the colon because of the compression that takes place.

The colon works better when the body is in a squatting position. However, squatting over a toilet can be quite difficult for some people. Luckily, a toilet stool called the Squatty Potty can help human beings eliminate fecal matter with ease.

The Squatty Potty is a stool that you position under your toilet bowl. The specially designed stool gives you the perfect angle during elimination. The innovative design of the product takes the strain out of those tough bowel movements. Pushing hard during a bowel movement can cause rectal tearing. Other terrible ailments such as hemorrhoids, constipation, and even colon cancer can occur because of left over excrement after a failed elimination session.

Squatting over your toilet is not the solution. It may sound like it, but there are many problems with that idea. First of all, maintaining balance in the squatting position for an extended period of time can be very difficult. Then, there is the problem of accuracy. Hovering over a toilet bowl in a squat during a bowel movement can get pretty messy. However, the Squatty Potty solves these problems. The stool’s height is perfect for most men and women.

When using the Squatty Potty, you will be sitting in a perfect squat position. But, your legs will not be strained, and you won’t miss your target. The modern toilet is a great invention, but the compression of the colon during a bowel movement is a serious problem for a number of different reasons.

The Squatty Potty makes bowel movements effortless and relieves constipation in these ways: 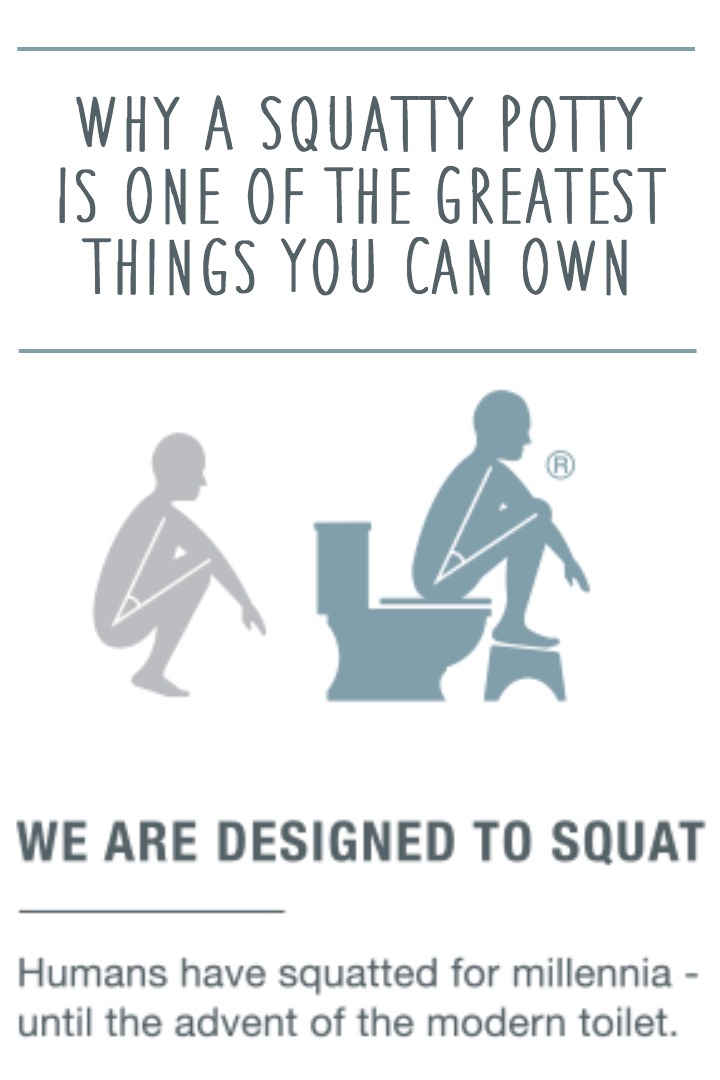 1. The Squatty Potty lets gravity do the work.

2. Colon cancer is much less likely to occur in people who squat during elimination.

The leftover residue after a bowel movement can build up over time and create deadly diseases including colon cancer. However, the Squatty Potty was designed to remove all fecal matter during each bowel movement.

3. The Squatty Potty helps the colon valves to work properly.

The lining of the colon is designed with kinks and valves. Sitting on a toilet bowl and pushing during a bowel movement does not open these valves. However, squatting during elimination actually does two very important things. Not only does the Squatty Potty’s special positioning cause the outlet valve to open, but it also closes the colon’s inlet valve. An open outlet valve allows waste to escape the body freely, and a closed inlet valve keeps the small intestines clean. The modern toilet bowl does not promote the proper operation of both of these valves.

4. Hemorrhoids can be eliminated completely thanks to the Squatty Potty.

How is this so? Well, hemorrhoids tend to develop when the anus is consistently clenched throughout the day. Long days of work and school can make it hard for us to go to the bathroom when we need to. In turn, we usually end up holding in our excrement. Once we finally get to the bathroom, the postponed bowel movement can end up being painful and unpleasant. Using the Squatty Potty on a consistent basis will ease some of the tension from your rectum. This has been studied and the Squatty Potty can actually cause hemorrhoids to disappear and stay gone.

5. The Squatty Potty is an especially effective device for women.

This amazing creation is a must own for anyone who is health conscious. This simple device can change your life and your family’s life forever. Using the Squatty Potty can significantly decrease the chance of developing serious diseases. Hundreds of doctors have confirmed the positive effects of squatting during elimination.