How to Tell If Your Food Is GMO

It cannot be positively known without genetic testing whether something is GMO or non-GMO, and sadly, most of the foods we eat may contain ingredients derived from genetically modified organisms.  In Europe it is easy to know whether a food is GMO because their laws require labeling as such.  At the time of this writing, labeling of genetically modified organism products is required in 64 countries, but not required in the United States. 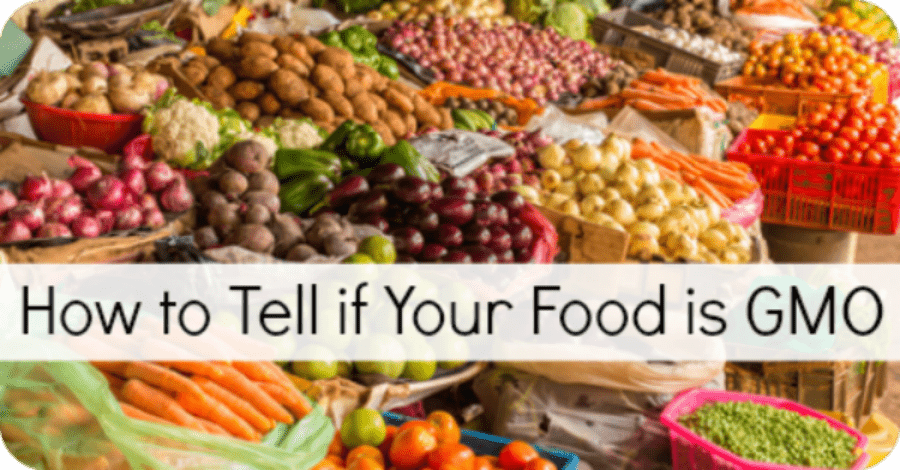 Commercially grown genetically modified organism foods were first introduced on the market to consumers in the 1990’s after the FDA, in 1992, declared them as “not inherently dangerous.” Crops, including soy, wheat, corn, and many other grains and non-grains, were originally genetically engineered with good intentions, including possessing traits such as being pest and virus resistant, to tolerate herbicides and pesticides, to exist and thrive in harsh environments, to have longer shelf lives, and even to be more nutritionally healthy. What started as a noble cause, however, has resulted in devastating effects on human beings. (For more about GMO versus Non-GMO, <-click here.)

So what are GMO foods?

Here are some tips on how to tell if your food is GMO:

A list of gmo foods and non gmo foods or gmo free foods:

Organic labeling assures that the food does not contain any genetically manipulated ingredients if the label states 100% Organic. If the label just indicates that the food is organic, it may contain GMO sourced raw ingredients. In the United States and Canada, manufacturers of food may only label something 100% organic if that product has not been genetically modified or been fed genetically modified feed. It is important that the label indicates that it is indeed 100% organic because otherwise, organic food is permitted to contain up to 30% GMOs.

2.  The Most Common Genetically Modified Foods.

There are some foods that you can be fairly certain are genetically modified unless they are 100% organic.

3.  Purchase Products that are Specifically Labeled Non-GM or GMO-Free.

It is a fairly new concept, but thanks to organizations such as The Non-GMO Project and others, labeling products as Non-GM or GMO-Free is becoming more common.

Such labels assure you that your food is 100% not GMO.

While unprocessed whole foods can still be genetically modified, processed and packaged foods, on the other hand, are certainly GMO (with the exception of 100% organic).

If you want to avoid GMO, then be sure to avoid processed foods at all costs.

When selecting beef, be sure that it is 100% grass-fed. Much of the cattle in the United States feed on grass, however, the animals spend the last of their lives in feedlots where they are often given genetically modified corn. This is done with the purpose of increasing intramuscular fat and marbling.

If you’re looking to stay away from GM0s, make sure the cattle were 100% grass-fed or pasture-fed (sometimes referred to as grass-finished or pasture-finished).