Forgiving Yourself – Tips on How to Forgive Yourself

So How Do You Forgive Yourself?

At some point in our lives, all of us have been wronged by another person and felt hurt, angry, or resentful. It has happened before and inevitably, it will happen again; you can be pretty sure of it. Further, and maybe even more importantly, we have hurt ourselves countless times, perhaps even daily, through our own mistakes or perceived mistakes. 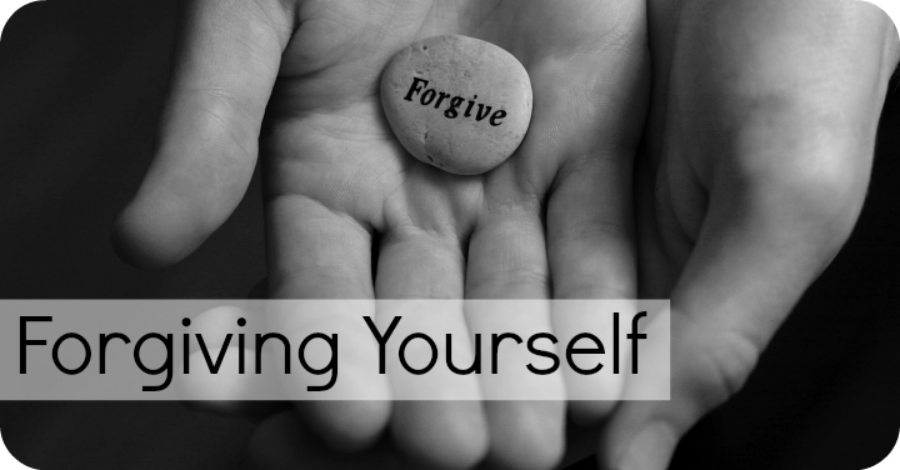 Anger, hurt, resentment are all natural reactions to wrongs against us whether initiated purposefully or inadvertently or by someone else or ourselves. It is and part of being human. The tricky and more complicated part comes about when we harbor these feelings. This includes waking up angry, going to bed upset, criticizing ourselves, criticizing others, walking around throughout the day feeling upset as we replay “tapes” of past situations, “should’ve’s,” “could’ve’s,” and “would’ve’s.”

Effects of Not Forgiving Yourself

Not resolving these hurts no question creates a negative way of life. Even when we do not consciously think of the hurt moment-to-moment, if we bury it and “store” it somewhere in our being, no matter how deep and far away we think we put it, we emit a definite energy of negativity on a subconscious level. We do more harm to ourselves and our worlds when we go about our days with these harbored negative emotions. The resulting harm is far greater than the initial hurt ever was. It is damaging to our well-being and health and worst of it attracts more negativity into our lives.

First things first! It all begins with YOU!

What Is Forgiveness? What Does It Mean to Forgive

Forgiveness, simply put, is foregoing the resentment or revenge and giving the gifts of generosity and love instead. It is a letting go of control and a realization of acceptance. The result -> It is FREEING! We release the shackles we currently walk around with from memories of the past when we are willing to forgive.

Forgiving as Gift to Yourself

Because forgiveness has the greatest benefit to the person doing the forgiving, it is one of the greatest gifts that you can give to yourself. Further, it frees you to be your best. Forgiving allows us to get on with the things that really matter in our lives and to open up our minds and hearts to new ways of seeing others, the world, and ourselves. It releases energy that takes up lots and lots of space in our lives – space that can be used for more productive thoughts and actions of a positive nature.

Forgiveness as Part of Healing

Guilt and lack of forgiveness of self and others, burdens many people with the heavy weight of inappropriate shame and the destruction of deep-seated resentments. In recent years, much has been written about the destructiveness of repressed emotions and particularly anger and resentment in contributing to life-threatening illnesses. For example, depression is thought in some cases, to be caused by anger turned inward and is only one of the symptoms of the need to protect ourselves. Many other illnesses, and particularly addictions, are theorized to be expressions of a deep level of emotional pain. If for no other reason, there is one biggie to let go and forgive.

Forgiveness Starts with Yourself

Many experts on the subject believe that a lack of forgiveness of others starts from our unwillingness to forgive ourselves.

We believe that we are undeserving of love, respect, acceptance, appreciation, and the right to live a life where we walk in peace, joy, harmony, and abundance. We often turn those feelings outward and project them on others.

Remember when you learned to ride a bicycle?

I’m pretty sure you didn’t just hop on and ride away into the sunset. Instead, you fell off, probably several times, until you learned how to balance and push the pedals at the same time. Once you mastered balance, you may have had to perfect your steering so you could turn corners or turn around without crashing.

Granted, most people would not consider forgiveness a requirement for learning how to ride a bicycle, but it is there, nonetheless. What would have happened if the first time you fell of the bicycle, you labeled yourself “an uncoordinated loser” and never tried again? Ridiculous, I know. But, you didn’t do that, and the reason is you forgave yourself and got back up and tried again many times.

How to Forgive Yourself:

There are many different techniques on forgiving yourself. Finding the one that works for you can make a huge difference. Just remember: it all starts with YOUR SELF.