Color Psychology: How Colors Influence You

How Colors Influence the Mind

Do you know how colors affect you? If you enter a fast food establishment with accents of red decor throughout, you will no doubt not expect an extended leisurely meal there. This may be only partially due to your preference to keep your stay there short. That’s why you chose it, right? You chose food that could be prepared or consumed quickly, in the restaurant, or in the car or even at home. There is a stimulating effect of the red that generally gives us a sense of restlessness and a need to get moving for those in the environment. It’s a strategic design plan to empty tables quickly so that new customers can fill those seats. 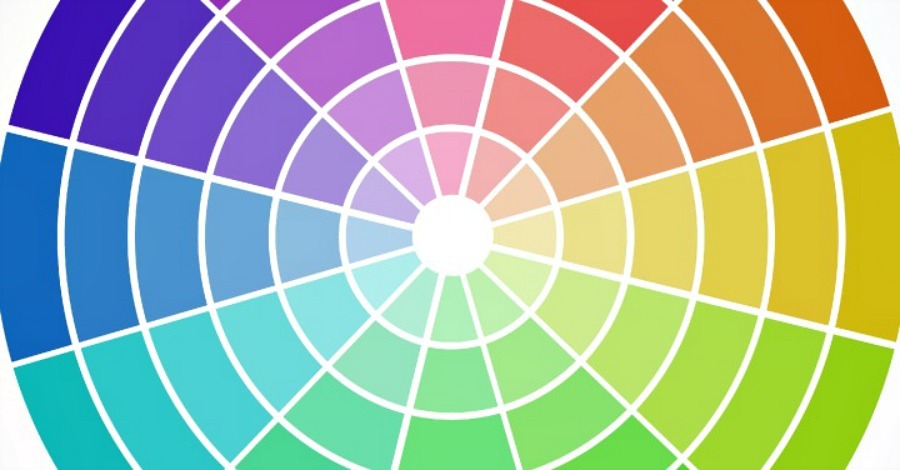 If you were to go to a new sporting goods store at the mall to get your dad a tennis racket for Father’s Day, would you be totally blown away to see a huge pink logo over the entrance of the store? Would you decide you had to go to the the ‘other’ store, with it’s greens, reds and browns? Functionally, the tennis racket would have no difference out on the court, of course, but perhaps most of you may feel your dad deserves the male ruggedness that the others project. If Mom were a tennis buff, you would likely have no issue with this.

Some documented cases exist of pharmaceutical suppliers preparing placebo medications by purposely selecting colors that can help generate the desired effect, such as red pills as a stimulant, and blue pills for sleep. In 2000, Glasgow Scotland had installed blue street lights with the result of a marked reduction in crime in the area. Since that time other communities have also made this change though, results on the effect of those are still not known.

According to psychologist Andrew J. Elliot, there are associations we make in using color in assessing physical attractiveness in our romantic relationships. Interestingly, women generally don’t respond to their male partners on a color basis. If they find them attractive, it is unrelated to the color of their clothing. However they do take color into account for themselves, and if sexy is the look they are going for, they will choose red. And perhaps for very good reason. Elliot’s study finds that men in social situations will seek out the companionship of a lady wearing red more likely that any other color.

Studies about color preferences associated with mood are somewhat inconclusive, due to the many other influences of inheritance, culture sand history that may effect our perceptions but it is notable that more immediate influences bring more predictable results. A person experiencing physical cold will be easily satisfied in an environment of warm colors. And individuals coming in from a heatwave will be grateful for a room of cool colors.

Carl Jung saw color as a significant tool in psychotherapy, noting that each color was, as he saw it as symbolic of a particular state or condition, such as gold, an emblem of sovereignty, spirituality, and intuition, and in the US, society has attached certain basic meaning to the major colors, described here.

(How Colors Affect Us) 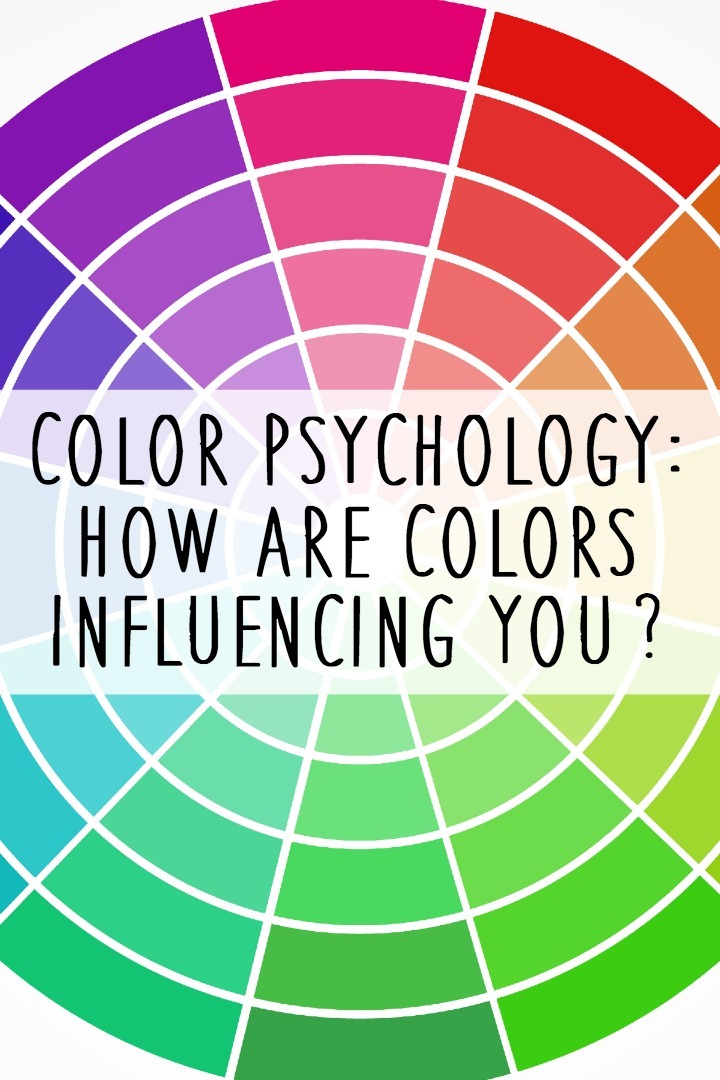 Green has influence in Function (F) as an indicator of good taste, and Sensory/Social (S) associated with envy

Plays significantly in both (F) functionality and (S) Sensory/Social- Associated with masculinity (S) and Competence (S) and can be equally influential as an (F) in being associated with high quality and being seen as having corporate association.

What may be surprising to some is that this ‘girly’ color in the (S) category, is thought to reflect sophistication and sincerity.

A strong presence in the (S) arena is viewed as associated with Sophistication, Authority, and Power.

Brown is singularly recognized as symbolic of ruggedness, a strictly (S) influence. 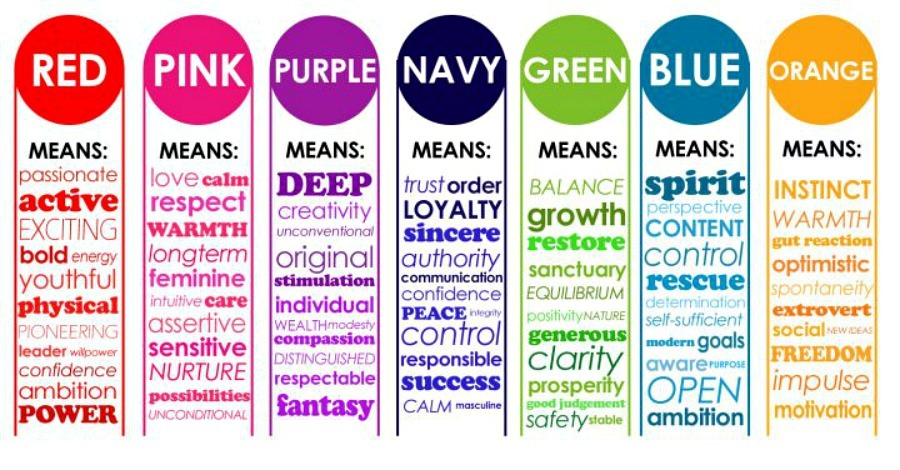 There is even a science to how corporations may combine more than one color in a logo design, and depending upon the target audience, use high contrast colors in the design or low contrast. The actual logo design will have some influence on high versus low contrast. If what is to be displayed in the logo are both equally prominent in the foreground, low contrast seemed to be preferred, however if there is a foreground and background image, higher contrast colors were generally chosen. The shopper may be as attracted to a product fork logo appearance as for function and quality.

In marketing and advertising, great care is taken in selecting the color name as well, in order that the appeal of the product can be increased by a name that sounds more exotic or beautiful.

So a very red lipstick, instead of being sold as “Bright Red” will be likely to have a name like “Cherry Dazzle” so shoppers won’t be as likely to yawn over the selections they see.

Product labeling is also very carefully chosen to generate the greatest number of glances toward that product on a store shelf. Well-known name brands may make a change in a once well-recognized package if trends in buyer preferences evolve and change. Generic and store brands however assume less of this free spirit. If the packaging of a favorite name brand shampoo has long had a shiny green label, it would serve the generic brands to resemble that closely enough to give shoppers confidence in its similarity. Switching to the more trendy color scheme would only be effective once a name brand has established that change themselves.

We are also somewhat influenced by the colors we see in the decor of the store itself. A display window at the entrance of a store with warm colors may attract shoppers into the store, and some impulse buying may then take place, yet for planned purchases of items that may require some deliberation and thought, the store with cooler decor is more likely to get shoppers who are making this serious purchase.

Our relationship to color is based upon so many different influences based as much on gender, DNA and Culture as upon how energized or fatigued we may be at a given time, and the many unknown earlier associations with a  color for each individual, that it is clearly a science that is somewhat impossible to fully grasp.