What Your Chinese Zodiac Sign Says About Your Personality

Find out the personality traits of the various animal signs within the Chinese zodiac as well as a chart for you to find where your year of birth places you in the zodiac. Bear in mind that the Chinese zodiac is based on the year beginning in late January or early February, so if you are born near the first month or two of your year of birth, you would do well to read the traits associated with the previous year as well and see which is most like the real you. Below are the meaning of Chinese zodiac signs or what it tells about your personality. 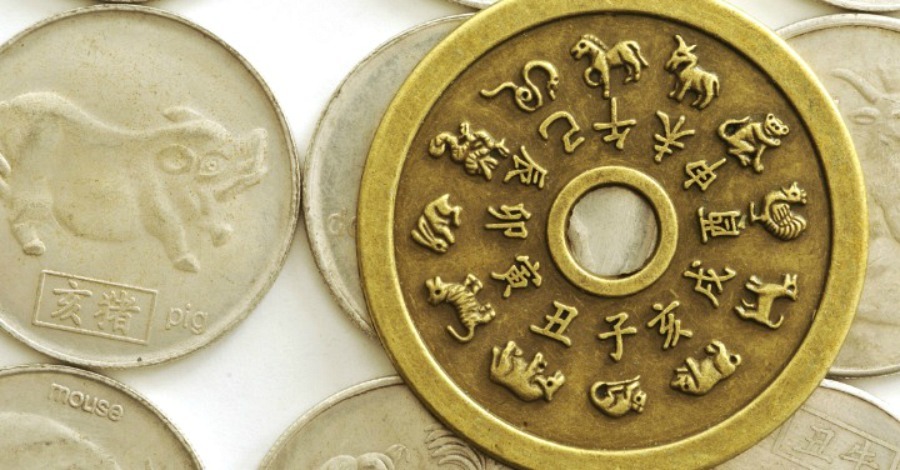 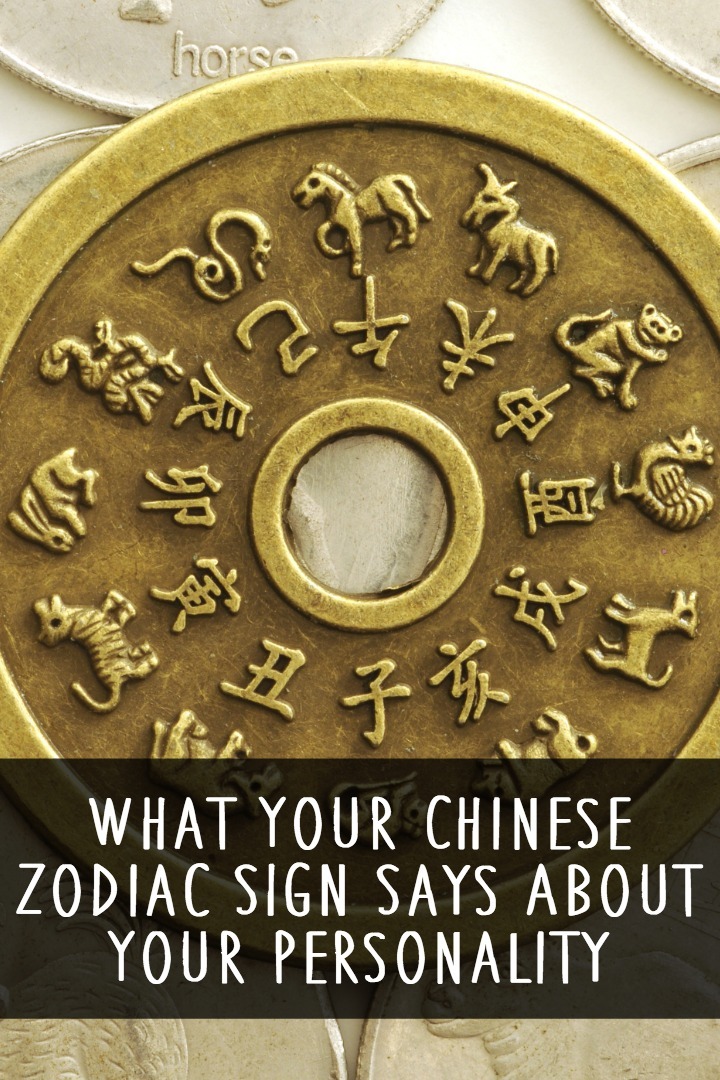 The Rats are charming and have a vivid imagination and can be very generous in those relationships that are important to them. They are also known to be quick-tempered and critical, yet they are generally at ease with company and in social situations. In fact they enjoy notable popularity.

Rats also have unique intellectual abilities allowing them to have an unusually good grasp of ideas and information. This same ability leads them to also see opportunities others may miss; but in this, they may also take on too many commitments, as common with opportunists.

Rats are as passionate in the arena of love as in business, though it is seldom as recognized as their business prowess.

The Ox people fulfill much of our conceptions in the expression ‘strong as an ox’ due to their unique ability to face and deal with most circumstances and the confidence they inspire. They handle their responsibilities methodically and gain respect for their capabilities.

However they are occasionally prone to being chauvinistic and even demanding. They will defend their interests with extreme determination.

Their sense of duty which is so admirable can also be why their personal life, while stable may have less passion or excitement than many would wish for, though they are consistently affectionate and faithful to their partners and families.

Tiger people are highly sensitive and tuned in to their emotions which makes them able to love very deeply. They need to find balance though between their great need for love and their strongly competitive spirit and desire to dominate, which impels them toward independence from that love.

They are of a dignified bearing and courageously face any challenge, equipping them very well for leadership, though they are also inherently restless.

They bring open candor and passion into any relationship and also expect the same in return. Despite all of their amazing confidence, they can feel very shaken or depressed by criticism. However, they are famed for bouncing back from such occurrences.

Rabbit people are well-liked and pleasant company because of their affectionate and courteous demeanor.

Their inclination to be overly sentimental may be regarded as shallow by some people. They are more comfortable staying out of controversy or disputes.

Their primary interest is in enjoyable pursuits. While they would never deliberately hurt anyone, they would easily be so distracted in pursuit of fun that they my neglect loves one’s needs without realizing it. Despite their love of a good time, they possess a quiet and conservative demeanor and great intellectual skill. They can be sensitive and loving and seek security in their relationships.

These people are brimming with energy and possess an almost charismatic presence though may seem somewhat boisterous and loud on occasion.

They are greatly talented in whatever their pursuits due to high intelligence, combined with a perfectionist side. This perfectionism causes them to be as demanding of others as they are to themselves. However they enjoy demanding situations that allow them to use all of their energies and talents and are generally inclined toward success.

They don’t believe that rules are meant for them and frequently follow their own course. Committed relationships are less important to Dragons than kindred spirits to share life’s adventures with.

Snakes possess great wisdom and are profound thinkers and also have a great romantic and charming side to them as well.

Despite their appealing qualities, they are also prone toward secrecy and are seen as loners most of the time. This causes many snakes to be less socially popular than their peers. This may be as preferable to the Snake people themselves as individuals who avoid their company because they often prefer solitude.

Snakes will often work imperceptibly to achieve their desired goals discreetly that no one realizes it is occurring. They seek elegance in relationships and are very prone to jealousy.

It may be said that the expression ‘works like a horse’ may well have been attributed throughout time to Horse people who exert legendary efforts in their hard work. However, they prefer to work independently and may not be regarded as team players. This independent quality may also lend the Horse to their characteristic egotism.

However, their great verbal skills and strong intellect do have appeal in social situations and they can be quite popular. They will commit to hard work and success unless the work is perceived as beneath them. They will jump ship quickly if this occurs.

Emotions may be a challenge for horses who are prone to explosive tempers and impulsivity in love. 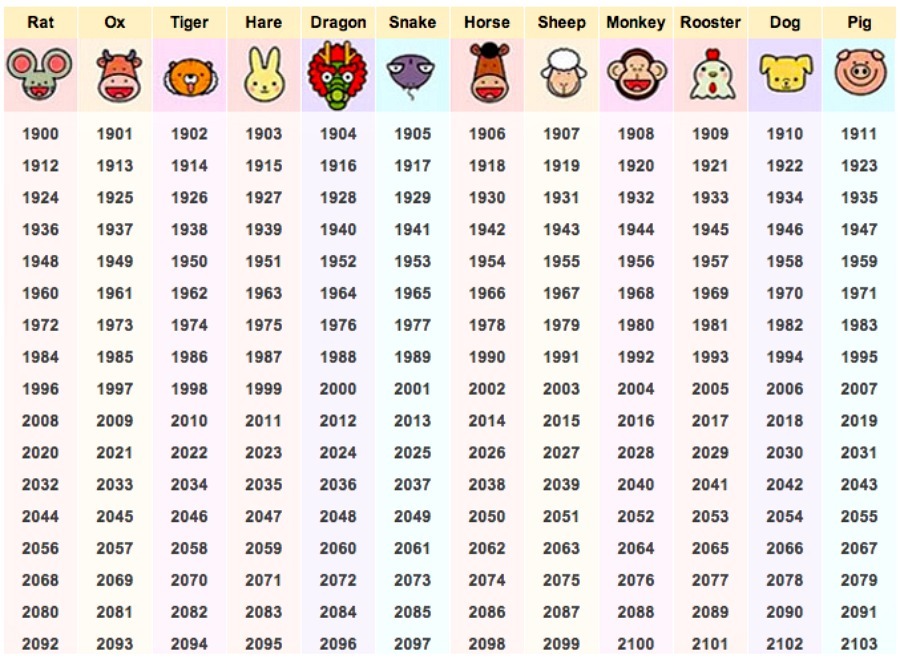 Sheep are usually charming and likable despite the fact that they are often quite reserved. They are inclined to be easily prone to physical discomfort and will complain about it, and they have a natural inclination toward pessimism.

On the other hand, they are kind and sympathetic and are socially gracious. A Sheep person has a love of nature, art and culture, often having artistic creativity themselves.

The Sheep find themselves on opposite ends of the self-confidence spectrum of being prone toward timidity or assertive self-confidence and are generally kind and sensitive individuals. They are most fulfilled when in a relationship that provides security.

Monkeys are very intelligent and energetic, and they possess a magnetic personality that draws in crowds. Monkeys are likely to enjoy the gift of chatter and may be viewed as somewhat eccentric.

While considered a very appealing personality by most, their quick-wittedness and easy talent for making every situation humorous, is seen as suspect by some who don’t find the Monkey personality trustworthy, perhaps due to a wish not to be the brunt of a practical joke.

Monkeys’ high energy and restless nature make career choices more challenging, but they find success in environments which thrive on change. The same would be true in their relationships.

The Rooster personality are known for their sense of industry and hard work as well as for their natural ease in expressing their views – to the extent that they have great difficulty sharing the spotlight. They view their own opinions and the right to share it as all-important.

They often have an attention-getting style in dress and behavior, and generally they succeed at getting the attention they seek. They have many friendships, despite their meticulous standards being frustrating to some.

They can be very true and loyal in a relationship and can achieve great success in their professional life as well due to their very high standards.

Dog people are noted for their honesty and loyalty in a relationship. They also tend to take on a focused interest in a specialty and give their heart and soul to that, whether as a career choice or a hobby.

Dogs are challenged, as are those close to them, by their sharp tongues and the need to criticize. They strongly adhere to principles of justice and fairness and also have great skill in creative problem-solving.

They can be very trustworthy as friends, but relationships may still suffer due to their inability to be forgiving and may hold grudges indefinitely until they feel appeased. However, their profound need for a good relationship will make them loyal for life when they find their mate.

Those born in the year of the Pig are wonderful companions for their ability to be sincere, kind and tolerant, and with a strong intellect to enrich conversations. They will often use their intellect to set difficult goals and carry them out.

Pigs are known for their sense of humor and are regarded as very witty. Their strong sense of the importance of social harmony lends well to them being able to see the best in people, overlooking their faults.

Their greatest vulnerability is in their naivete in expecting the same from others. One of their weaknesses is their inclination to rage when they are not afforded the same kindness that they give. They also are inclined to material indulgences but they are known to cherish home life.