How to Learn To Say No

Saying No. Learning to Say No

Generally speaking, people often feel they cannot say “no” to someone who asks them for something because they are worried about upsetting the other person. Many of us are programmed not to say no because we think if we do, it’s not nice. We have a tendency to dislike disagreeing, or we believe saying yes is easier than saying no. 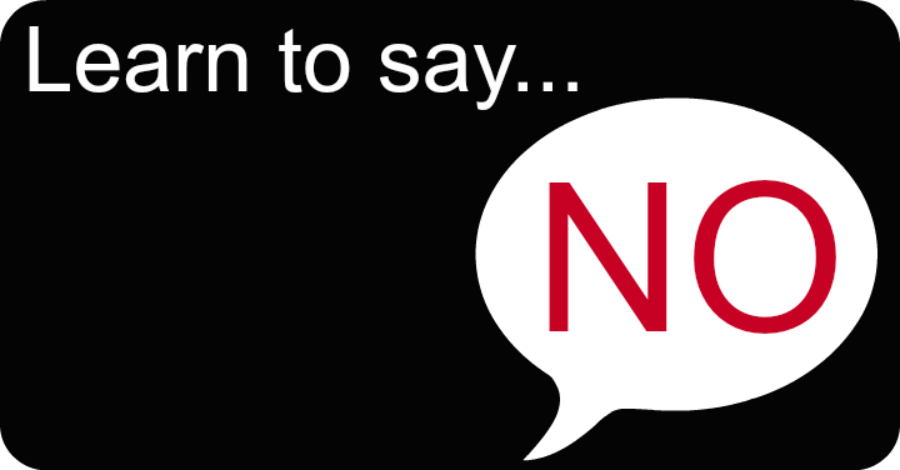 For some women especially, they simply cannot say no. These women end up taking on too much, and it affects their health and well-being greatly. There are often times where it is best to say “no” to a request, so we’re going to Learn to Say No because it is oh-so-very-important to utter that small little word – and to do it in a guilt-free way!

How to Say No

Adopt simple strategies on how to say no politely but firmly. You do not need to cook up stories in order to refuse.

Many times people lie in order to avoid saying “yes” to something they don’t want to do. Do you do this?

You don’t need to offer excuses. You can say “no” without being dishonest.

12 Different Ways to Say No

Here are just a few of the gazillion and umpteen ways you can say no:

Say No Without Feeling Guilty

There are a hundred other ways of saying no without feeling guilty, uneasy or hurting others by being blunt or rude. It is not so much the way you say it as the feeling you allow yourself to have afterwards.

If you aren’t sure about whether to say no, you always have the option of asking for time to make the decision without feeling guilty. You may say you will have to think about it. If somebody persists with the request when you want to say no, you may have to be assertive and firm and that is totally okay.

With the exception of a boss and coworkers, which are trickier to say no to, surround yourself only with people who would only ask once and understand if you were to decline. You don’t need to risk over-committing yourself by saying yes when you actually want to say no.

Learn to Say No at Work

On the subject of bosses and coworkers, it can indeed be more delicate. Often, people who take on more than they can reasonably manage to do within a specified time end up either not doing the job at all or doing it poorly or sacrifice time with family and loved ones in order to get the work done.

When it comes to work, show your boss the reasons for not being able to accept the extra responsibility and suggest alternative strategies or others whose workload is lower or competence levels higher for accomplishing that particular piece of work. Be sure to tell him or her that it is important to you, but…[].

Undoubtedly, learning to say no is a must-have skill for everyone. Saying no at the right time can help you gain respect with your peers and help avoid bitterness from those to have to hear it.