Dairy Intolerance Symptoms – Do You Have Them?

What Are the Symptoms of Dairy Intolerance

Dairy intolerance is a common problem and has been estimated to occur in the majority of the population to varying degrees – though most cases are not pronounced enough to warrant investigation or diagnosis. 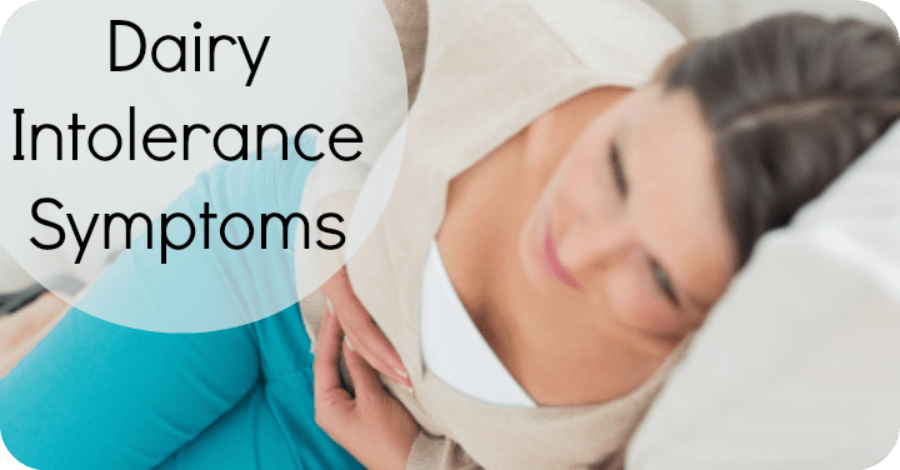 Approximately 2 to 4 percent of adults deal with actual food allergies, while an estimated 10 to upwards 75 percent of American adults have food intolerances depending on the food.

Lactose intolerance is the most common reason for dairy intolerance and often increases with age.

Common symptoms of lactose intolerance include diarrhea, nausea, flatulence, bloating, and headaches. These symptoms can cause problems, with the body being unable to absorb enough nutrients from the food being consumed.

Which Is which? Lactose, Dairy, or Casein?

The most common symptoms of a dairy intolerance are gastrointestinal problems, but lactose intolerance, on the other hand, is generally a long-term problem though with the same symptoms. Lactose should be a suspected diagnosis if these problems have been experienced over a period of time.

Lastly, symptoms of casein intolerance include gastrointestinal problems such as vomiting and diarrhea, along with common signs of allergy such as hives, eczema, and asthmatic conditions. Often, an intolerance to casein is identified through the use of an elimination diet.

It can be difficult to identify a food intolerance due to the wide variety of processed foods in the diet which often contains ingredients unfamiliar to the general public.

Dairy is included in many such processed foods.

If you experience symptoms of any kind after consuming meals and on a regular basis, you may want to try an elimination diet to pinpoint the exact cause of the symptoms.

If it turns out that you are suffering from an intolerance to dairy products, symptoms can be immediately alleviated through an elimination of all dairy products from the diet. Alternatively, it can be enough in some cases to simply reduce the amount of dairy in the diet.

Calcium can still be obtained through the consumption of non-dairy food products such as broccoli, oranges, canned salmon, and tofu – although supplementation is also a wise thing to do.

What Are Other Possible Signs and Symptoms of Dairy Intolerance?

Below is a list of possible symptoms that can arise from a dairy intolerance – one or all could mean you have a dairy intolerance. It could indicate another disease or disorder too, so this list must be taken with a grain of salt, so to speak.

There will usually be symptoms of indigestion, bloating, and gas within a short time after consuming dairy, but not always.

Tests and Treatments for Food Intolerance

Simple blood tests are available to rule out or rule in whether it is indeed a dairy intolerance. Keep in mind, however, that these tests do have an error rate.

Food intolerances in general, and dairy intolerance specifically, are quite common in the general population, and some people may go years without discovering the source of their discomfort. However, once the intolerance has been identified, the removal of offending foods from the diet can quickly relieve symptoms.